I don’t ever recall my parent’s specifically sitting down with me to talk about the topic of personal finance. I do remember asking questions along the way when I was old enough and aware of money and the cost of things. Even though we did not have a formal talk my parents did teach me about personal finance. This is my parent’s financial story.

We were the classic middle-class family, I’m the youngest of five, and both of my parents worked. My mom was at home with us until I was old enough for school and then she went to work. My older sibling helped me after school until I was old enough to do so myself.  My parent’s combined income was somewhere in the $40-50K range. We never went without, my dad was a good provider and would take on side hustles to help fund vacations and Christmas.

He worked for the local water company and would take overtime when he could. Being in the plumbing trade he would take side job and install water services into a home that had well water. This was a family endeavor. My brothers and I were his crew. When I was very young I would assist by handing him tools or helping him measure cooper, etc., but as I got older I was helping digging holes, running copper, etc.  My brothers and I would be paid for the job. My dad always priced the job based on the cost of materials and then added in the labor costs, some job needed a bigger crew and would cost more. I recall the calculations he did by hand to come up with the overall job cost.  This side money always had a purpose whether it was used for vacations, birthdays, or Christmas shopping. My dad often worked overtime, weekends, overnights, and Holidays.  He explained to me the concept of time and a half and double time and depending on the situation the type of overtime he would earn. He also returned to military service at some point. He served in the Navy out of High School (Korean War Vet) and went into the naval reserves. This was another source of income for the family. My mom worked in a factory type job, never earned a big income, but worked to help bring in some extra money. 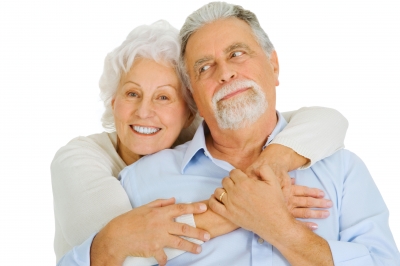 I asked questions about the checkbook and how it worked when I was 7 or 8. They used to use it in the grocery store and I wanted to understand what these things called checks were. My mom explained how it worked and they the ledger kept track of the money in their account. It wasn’t until the mid-eighties that my parents had their first credit card. This was not their first experience with purchasing things on credit. I recall a man coming to our house on a monthly basis, he was there to collect a Fingerhut payment. My parents had purchased some furniture on payments. Fingerhut is a mail order company founded in 1948. They are still in business today. At some point in my childhood, the Fingerhut man stopped coming around, I don’t even recall any crazy credit card stories growing up. I know they were used to renting cars or purchasing air travel. Our typically family vacations were camping trips in the Northeast, we visiting upstate New York, Vermont, and Maine. We drove to Disney World in Florida a few times. So I don’t ever think there was excessive spending because credit cards were not embedded in the way of life-like they are today.

My parent’s cash flowed most of my college tuition. I had a few small scholarships and a small loan. My parents retired in the early 90’s when my dad was 55 and mom was 53. They sold their home in New York and moved to Sunny Florida. (State law requires this) In retirement, they collected a pension from my dad’s water company job and earned an income from his active naval reserve service, until he retired and earn another pension.  In retirement they began to travel, taking trips and cruises. Enjoying retired life for 18 years until my dad became ill and passed away in 2008. I helped my mom sort things out of after his passing. My dad had done a good job leaving life insurance, and each of his pensions would continue with my mom. She was now collecting social security, so she ends up with 3 sources of income each month to live on. I help sort out her bills. I was surprised to see how many credit cards my parents now had open.  There were 4, each with balances. They were paid off and closed. It took a couple of years for my mom to get settled, but she ended up returning to the northeast from Florida and is doing well today.

I share this story because as I look for answers on why I wasn’t better prepared to handle money when I entered my earning years it helps put things in perspective. My parents managed pretty well from what I remember. They lived within their means, for the most part, trying to earn more money at any opportunity they could. Any early bump in their financial road was Fingerhut, living beyond their means, they continue on a good track never spending extremely, taking modest vacations and always providing for their family. I owe them a great deal of gratitude for funding my college career. In retirement they enjoy themselves, they let credit cards something new to them creep into their financial picture and accumulated a small amount of debt. All in all, they did a good job raising 5 children on modest salaries.

To work hard and look for other earning opportunities – this was a key for my parents and has served me well.

I need to do a better job preparing my children – my parents gave me the basic, I need to go above and beyond that for my three children.

Ignorance isn’t bliss – credit cards were new to my parents but not an excuse for abuse.

I grew up with a credit card in my pocket at all times. My parents gave me one for emergencies when I was in college that I used sparingly. As a college student, I was able to apply for one in my own name and this is where the living beyond my mean began. I used it for all types of things early on mainly gas, and food. After graduating and landing my first job I increased credit card spending as I justified purchases by being able to pay the minimum payment. This snowballed when I got married and we purchased a house, we didn’t wait to save money to perform improvements we borrowed more. We justified it by saying everyone has a 2nd mortgage. After that credit cards continued to increase and with little things here and there. Once we knew we were expecting our third child a new minivan was in order. So in a matter of 10 years, we racked up $109K in debt. Looking back now there was some help that we overlooked that may have helped prevent us from racking up these bills.

A year or two after my wife and I were married, my in-laws gave us a Suze Orman Book. I don’t recall which book because I never read it. I wasn’t going to let my in-laws tell me how to manage my money with some book. Wow, what a big mistake that was. Who knows if I read that book what path it might have set us on.

We finally woke up when we hit rock bottom in the June of 2010. Which I’ve talked about in a previous post called powerful information.

Did your parents set you on a good financial path? What are the most important things you’ve learned from your parents financially?

11 thoughts on “My Parent’s Financial Story”