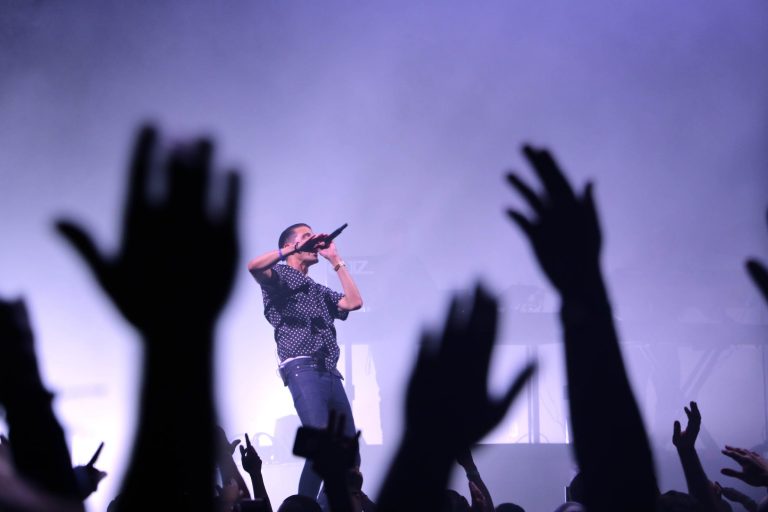 Do you have any songs about money stuck in your head? Music can be very inspirational and motivating for many different reasons. I listen to most genres of music, rock and roll, pop, rap, and punk often to relax or calm my mind from the many things I might be focusing on at the moment.

Although Country music might be my least favorite music genre, I’m sure there are many good Country songs about money. With over 97 million songs in the world and new songs being released daily it’s hard not to have at least a few favorite songs.

The digital world services like apple music, amazon music, and Pandora, make it some much easier to access a catchy tune, sing along to your favorite song, or build a playlist.

Indeed, many song lyrics are not always straight forward. Artist uses metaphors in their writing. That can make it tough to truly identify what the intended meaning is, or in some cases what the heck the singer is saying.

Well, we dug deep to come up with a list of our favorite songs about money from the last four decades. We’ve even included a few country songs and one from an artist that attended FinCon and performed live.

Here’s our list of songs about money. Happy listening.

If you’re reading this blog, I’m guessing your a money nerd like the rest of us. And what better way to inspire your inner money guru than to listen to songs about money? Here are some good ones, just for fun.

This song is a good old classic about the working man (or woman). More importantly, it touches on the benefits of side hustling. 🙂

An iconic song for women everywhere, this classic was featured in the famous movie Flashdance. If you’re looking for a movie that will inspire you to reach your dreams, Flashdance is it. And Donna Summer knocks it out of the park with this “girl power” song.

The ultimate song about how wealth and consumerism can destroy your life if you let it. The official music video speaks volumes.

I’ve seen the future, I can’t afford it
Tell me the truth sir, someone just bought it

Having grown up in the 80’s, I always think of this time period in music as the beginning of a descent into rampant materialism among many sectors. What do you think?

There are rumors that this song was actually written as a diss on the 80’s rock metal band members of the time, as an insult to their overinflated egos. But Dire Straits member Mark Knopfler says the song was inspired by an appliance delivery man he met in New York. As Knopfler stood in the back of the store with the man, they watched MTV videos. The delivery man observed out loud “that ain’t workin'”, along with a number of other now-famous lines from the song.

Chances are you know this song. And chances are it’s gotten stuck in your head at least once.

AC/DC songs appear in movies from just about all time periods. And Moneytalks is no exception. It appeared in the 2011 movie, Moneyball.

A French maid, foreign chef
A big house with king size bed
You’ve had enough, you ship them out
The dollar’s up – down, you’d better buy the pound

A well-written song about the meaning of poverty, life, and mistakes.

It’s been twenty-two long hard years of still struggling
Survival got me bugging, but I’m alive on arrival
I peep at the shape of the streets
And stay awake to the ways of the world cause shit is deep
A man with a dream with plans to make cream

Lest you think money will solve all of your problems, listen to the words of The Notorious B.I.G. He’ll set you straight.

I don’t know what, they want from me
It’s like the more money we come across
The more problems we see

Another soul touching song about the dangers of falling headlong into consumerism.

We live in a greedy little world,
That teaches every little boy and girl
To earn as much as they can possibly,
Then turn around and spend it foolishly
We’ve created us a credit card mess
We spend the money that we don’t possess

Way back before Kanye was talking about running for president, he was singing about watching out for girls who just want you for your money.

A happy little song about enjoying what you have in life.

So come on, come on,
Baby, I’m buying
I got enough to last us all night and
You got the kiss that tastes like honey
And I got a little beer money

This song reached #1 on Billboard’s Top 40. The quintessential song about those nights when you’re lying in bed, wondering how you’re going to pay the bills.

Another chart-topping song about the often somber transition from adolescence to adulthood, and how we often long for the innocence of childhood.

We used to play pretend, give each other different names
We would build a rocket ship and then we’d fly it far away
Used to dream of outer space but now they’re laughing at our face
Saying, “Wake up, you need to make money”
Yeah

A highly identifiable song for many college attendees about the woes of student loan debt.

The ultimate YOLO (you only live once) song. Not sure I’d live by the lyrics, though.

We’re down and out baby, I don’t care.
I wanna feel like a millionaire,
so lets get to it.
Cause there aint’ nothing wrong.
F— the what’s next, go and cash your bad checks.

This classic has been covered by a number of bands, including the Beatles, the Doors and Led Zeppelin. It’s been used in dozens of movies over the years. And chances are that no matter how old you are, you’ve heard some version of this song.

Your love gives me such a thrill, but your love don’t pay my bills
I need money
That’s what I want

There’s nothing like a little Pink Floyd to make you feel rebellious and anarchistic.

Money, get away
Get a good job with good pay and you’re okay
Money, it’s a gas
Grab that cash with both hands and make a stash
New car, caviar, four star daydream
Think I’ll buy me a football team

The quintessential, timeless song about a gold digger that cares more about money than people.

This song is often misinterpreted to be a celebration of the accumulation of money. But O’Jays members say it’s a stern warning about idolizing money over people.

Yes, this is an oldie, but it’s a goodie. The lyrics sum up life for most of us pretty accurately.

Workin’ 9 to 5, what a way to make a livin’
Barely gettin’ by, it’s all takin’ and no givin’
They just use your mind and they never give you credit
It’s enough to drive you crazy if you let it

As you peruse through the lyrics of each of these popular tunes, remember that you have the power within yourself to change your money situation. The journey from paycheck-to-paycheck living to financial security begins, simply, with education.

On this blog and personal finance blogs everywhere, you’ll find a wealth (no pun intended) of information on how to get out of debt, save and invest, and change your attitude about money. My family’s story is the perfect example of how to go from failing with money to succeeding with money. You can read our story here.

I’m a firm believer that anyone can change their financial situation. It might not be easy, but it can be done. Take the time to learn about money and put in the effort to enact the good advice you learn about.

You may not ever reach millionaire status–or maybe you will. But even if you don’t, isn’t making an improvement in your financial situation is worth the efforts, isn’t it!

We all have a little rock star in us. We may not be on stage singing the chorus to our favorite anthem, but there’s always the bathroom mirror.

I’m sure we are just scratching the surface with our short list of songs about money. I mean not even my favorite band, U2, made the list. If you haven’t heard of or ever listen to these popular songs, give them a try. Don’t catch an earworm listening.

But use the lyrics to remind you that your money mindset can be good or bad, positive or negative. Choose the “positive” attitude about money. Make the changes you need to make. Save more. Pay off debt. Increase your retirement savings.

Increase your non-retirement savings. Start college funds for your kids or grandchildren. Get that mortgage paid off. Start a giving fund so that you have enough money to give to people and causes that mean a lot to you.

Design your financial situation in a way that songs about money make you reflective and not depressed. You deserve better than paycheck-to-paycheck living. You deserve financial security and to sleep easy at night, not worrying about whether or not you’re going to be able to pay the bills.

Which of these songs about money resonate most with you? What’s your favorite song about money? What other hit songs or lyrics did we leave off the list?