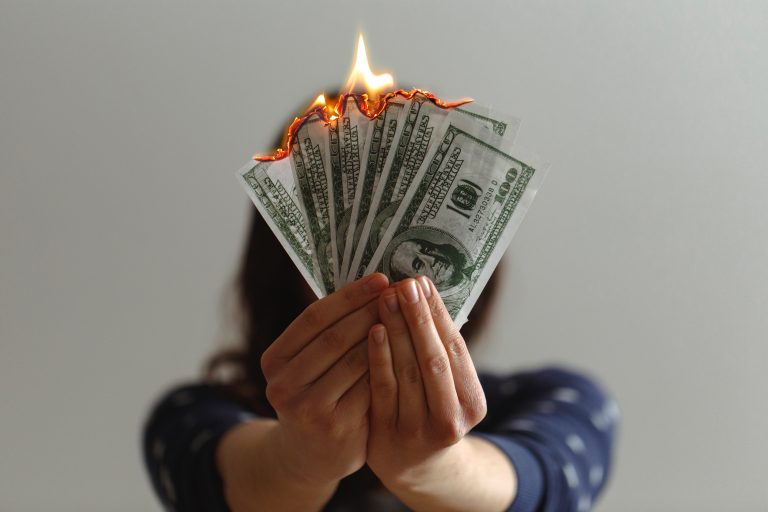 Debt comes in all shapes and sizes. There’s student debt, mortgage debt, and credit card debt, just to name a few. My family and I lived with consumer debt for years. Have you ever wondered how your debt or finances compare to others around you? There a lot of debt statistics out there to share, often broken down by State. Debt by State come in different shapes and sizes too, have you considered business or Government debt?

The good news for all of this debt is there are some simple steps you can take to get out of debt, but making a change in your behavior with your money might be tougher. There are also 300 million people in the United States that carry debt. So if you have debt, you’re not alone. The other good news when it comes to debt, it that many people have overcome their debt, and live better now. Every heard a debt-free scream on the Dave Ramsey show? Hearing other peoples successful debt pay off stories was super motivating for my family and helped us pay off $109,000 worth of debt. Let’s review some of the debt by state statistics.

A recent Credit Karma report gives a clear picture of debt by State. Here are some of the key finding of that report:

In 2018, the gross federal debt amounted to around $65,600 U.S. dollars per capita. But looking at debt by State on a per capita basis is only part of the overall debt problem. If individuals are making enough money to cover their debt, that is not that big of a burden. It really becomes stressful and hard to manage when your debt to income ratio (DTI) is high. That’s why looking at a debt-to-income ratio can give us a much better understanding of someone’s debt and ability to manage that debt with the income they have.

Here are the ten states with the highest debt-to-income ratios:

Here are the ten states with the lowest debt-to-income ratios:

Student loan debt is a topic were read and hear about often these days. It’s a political hot topic too. As of 2018, a total of 44.2 million borrowers owe a total of over $1.5 trillion in student debt. Here a debt by State breaking down provided by the Institute for College Access & Success, listing the ten highest and lowest stated with debt.

My home state of New York ranks 13th overall. Student loan debt can be crippling for young adults beginning their financial lives. It’s a topic we have covered with our three children often. We’ve advised making smart choices about the cost of obtaining an advanced degree and understanding the return on investment. (ROI) It’s not wise to borrow $200K for a career that earns you $50K per year.

Now individuals are not the only ones who carry debt. Our State and Federal Government has an issue with balancing a budget too.  A report from Truth in Accounting (TIA), profiles debt by state ranking by taxpayer burden. Taxpayer burden reflects “the amount each taxpayer would have to send to their state’s treasury for the state to be debt-free.”

How does your state rank? I hope you don’t live in New Jersey!

Tips to Pay Down Debt

As you can see, debt takes various forms. Here are some practical things you can do to begin dumping your debt.

Get Help / Educate Yourself

Any time you are trying to master a new subject or skill, increasing your knowledge on the topic is a must, including when you are working to pay off debt.

There are many resources you can tap to increase your financial IQ. Consider these:

If any of the above resources don’t get you excited and you need a more personal approved, find someone you can help you. You might enlist a friend who is successful with their money to help you understand how they have done so. You could hire a coach or planner to help dig into your numbers and act as an accountability partner as you pay off debt.

Figure Out How Much Debt You Owe

A core step in paying off debt is to know your debt numbers. Grab all of your statements and begin to write down each debt type. Be sure to include the total amount due for each debt, including interest rate, minimum payment, and due date.

Taking this exercise a step further to include all spending in your notes like utilities, personal care, subscription services, etc., as well as all sources of income. Collecting all of your income and expenses for a month time frame will give you an excellent basis for a budget.

The best time to pay off debt is today. To avoid increasing your debt total, you need to stop accumulating new debt immediately.

To reverse the trend, you need to avoid new debt. With the steps outlined above, you have the information to begin to make that happen.

A weapon in doing this is a cash saving, often called an emergency fund. Have a cash saving as little as a $1000 will avoid you from taking on new debt when the unexpected happens.

Use these Pay Off Debt Tools

Now that you have our debt numbers, you’ve prepared for the change, increased your knowledge on the topic, and have a motivating reason to move forward, let’s dig into the tools to pay off debt.

When you are trying to pay off debt, let your creditors know. Some will be willing to work with you. You can call credit card companies and ask for a reduced interest rate. If you have a lump sum bill like a medical bill, you can call and try to work out a realistic payment plan.

Creditors want to know they will be paid, certainly, if you are delinquent on the account so opening a line of communication with them may not be a bad thing.

The worst you can receive is a “no,” and you can call back at another time and speak with someone else or escalate to a supervisor or manager.

The debt snowball is an accelerated debt payoff strategy. It’s called the snowball because like a small snowball or anything for that rolling downhill it begins to pick up momentum. You attack the smallest debt first and once paid off move on to the next.

The debt avalanche is another accelerated debt payoff strategy. It’s called the avalanche because it’s likelier to pay off debts in a shorter time and save you the most money on interest.

To best understand which if the snowball or avalanche payoff method might be right for you, test out some “what if” scenarios to conclude what works best for you.

Debt by State, individuals, business, or any other means all have one thing in common. If you organize yourself and build a plan, you can overcome your debt. Sure it might take some short term sacrifice, but achieving the end goal of clearing your debt and building wealth will be so worth it.