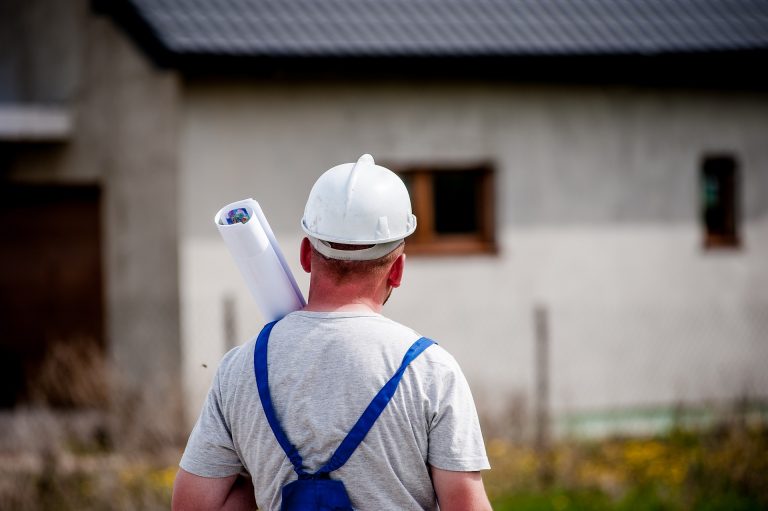 What’s the saying, hindsight is always 20/20? I wish I had a better understanding and appreciation of money when I was working 75 full-time hours per week in my mid-twenties — no reason to get alarmed or contact the department of labor. I signed up for it.

I was just out of college and had yet to land a steady full-time job. With no prospective jobs in sight, I went back to a part-time teaching assistant position at my former high school I had held during my college years.

I was able to negotiate an increase in hours since I had no other obligations but had to stay under a forty-hour workweek. My hours of work were 7:30 am-2:30 pm, seven hours a day, five days a week, for total hours, worked at thirty-five. The school year in New York runs September through June.

Thirty-five hours a week with no benefits wasn’t ideal, but I was living with family, and my overhead was pretty low. Six weeks after accepting this part-time gig, a college friend called me with a full-time opportunity in my chosen career field. He told me to send over my resume, and he’d submit it with a recommendation.

I explained I didn’t want to leave the high school at this point in the school year because it would be tough for them to find a replacement. He understood that, and it would be okay because the company was looking to fill mid and overnight shifts.

Would I be willing to work two jobs to get my foot in the door of a larger local company? I was and had my friend submit my resume.

The human resource department was impressed with my resume, and friend’s recommendation that they sent me directly to the hiring manager. The interview couldn’t have gone smoother. I just hit it off with the hiring manager. So much so we go into a personal discussion about his ex-wife. I don’t recall the details, but anytime I would see him, we’d share a laugh. Needless to say, I got the job and was hired for the mid-shift working from 4 pm to midnight, for an additional eight hours a day.

An interesting wrinkle to this job was the days off rotated each week. So as an example week one, if I had Monday and Tuesday off, week two, I would have Tuesday and Wednesday off, week three Wednesday, and Thursday, and so no.

So I very quickly began to work from 7:30 am to midnight each during the workweek Monday to Friday. I would not have a full day off until there was a school holiday, (no holiday pay) and one of my days off from my mid-shift job fell on the same day, or my days off from my mid-shift job rotated around to a Saturday or Sunday when school wasn’t in session. That rotation occurred every five weeks. If I ever felt like I was overworked, or burnout as least I could catch up with some sleep on the weekends.

Work-life balance or time off didn’t matter. I was twenty-four years old, single, and had very little financial overhead. I didn’t have anyone else to worry about but myself.

I wish I knew that working 75 hours per week could be a financial blessing for my future family and me. Instead, I did what most naive 20-something year old would do. I went full YOLO and lived beyond my means. 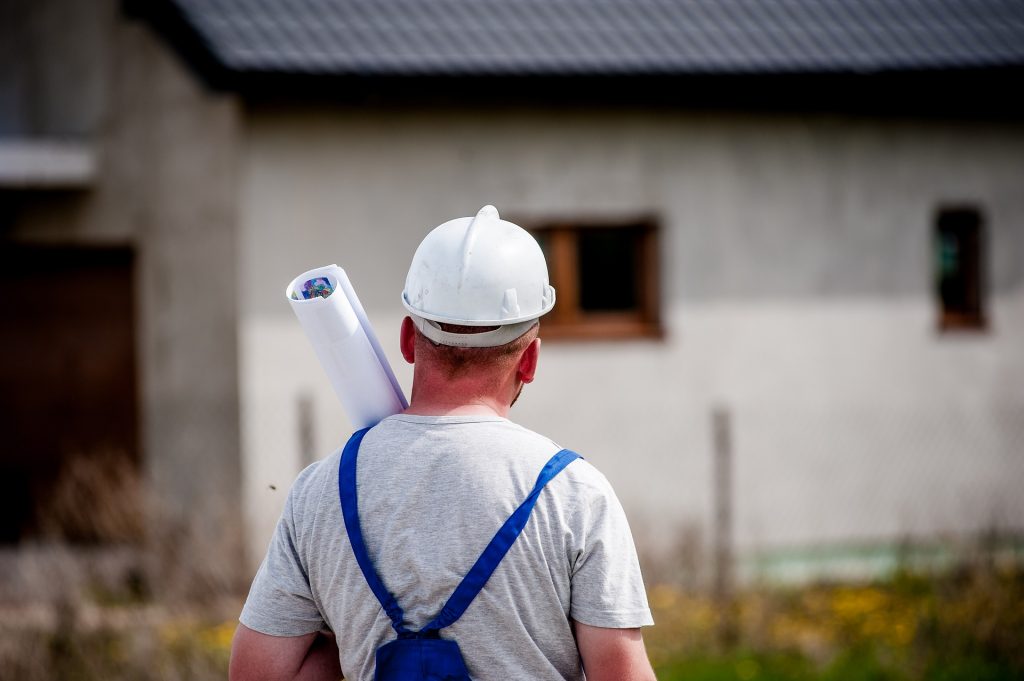 Never Had a Goal for My Money

When I share this story, and I often do. One of the keys things I point out is my lack of financial goals. Now, as a twenty-something-year-old, that might not sound that unfamiliar. Early in life, we are trying to figure things out.

I knew I wanted to meet a woman, settle down, get married, and start a family. So I had some board brush strokes goals laid out. I just never connected the financial piece of it. I figure to meet those goals I need to go out often, look nice, and meet new people to try to increase my odds of accomplishing those goals.

This including spending a lot of money on food, drinks, clothes, entertainment, etc. This is what I would expect most twenty-something-year-old would be spending on, but without a plan or goals around it, even with limited time while working 75 hours a week, I couldn’t out-earn my spending.

It was undoubtedly a missed opportunity. Even if I had saved five or ten percent of my 75-hour income, I would have been in much better shape for my future.

I Deserve it, and I Work Hard Mentality

One of the other significant factors in working as many hours as I did for a year and not having any savings to show for it was I fell into the I deserve it; I work hard mentality. I fell into this trap big time.

I was eating almost every lunch and dinner out. Yes, I was busy running between two jobs, but with a bit of planning, I could have done a better job of eating healthier and save some money.

I recall, after a stressful week at work, capped with having to work on my Birthday, I purchased a new video game system, a few games, controllers, etc. in excess of $500 for myself. Now between my work schedule, social life, sleep, etc. I didn’t have much time to play at that point, and the system collected dust. It was more of a pity purchase at that time.

I justified spending my money on things I didn’t need but telling myself I work hard, and I deserve to buy these things. That’s never a good reason. I wish I understood value-based spending better at that point in my life.

I don’t recall reading much immediately after college. It was almost as if I have obtained my degree, and my learning stopped for some time, or maybe I was too stubborn to ask for help, advice, or even seek some on my own.

Sure, I was keeping a busy schedule working 75 hours per week, but boy, I should have at least popped my head out of the sand for a few minutes. I just skipped along following the herd, never really asking any family, friends, co-workers if I should be doing anything differently.

That was a mistake because maybe seeking some advice or reading a book may have sparked an idea or taken me down a slightly different path. I’m sure others around me had experiences or failures that I could have learned from, I was just unwilling to listen.

So that’s my story how working 75 hours per week for a year didn’t teach me a thing. It was more about me and not about the work. You have to be willing to open to new ideas and change at an early age to be successful.

Your youth is your advantage. If I could go back in time, I would change that, but unfortunately, I can’t. So I share this story to hopefully spark an interest in someone not to follow the path I did.

Unfortunately, my bad behavior with money didn’t stop there. My early foundation of carefree spending directly led to accumulating over $100,000 of consumer debt.

Since I had no financial plan, my overspending got worst as the years went on, and I added a wife, children, and house. I fell into another personal finance trap that everyone has debt, and it was okay to use credit cards to make up for cash shortfalls.

No matter where you are on life’s journey, don’t be afraid to as for help. Find someone, anyone that is a trusted source, and get their opinion.

I finished the school year in June and reduced my total hours worked to forty with my single mid-shift job. It includes health benefits, sick leave, paid vacation, and overtime pay. Since I had decreased my work week by thirty-five fewer hours, I often picked up overtime to fill the gap of all the additional free time I had. I was compensated at time and a half rates, so I could make the same money as I was when working two jobs, not now in less time.

This hard work paid off. Shortly after that, I was recognized by my manager and promoted to a new department and a ground-level position. I moved to days, my salary doubled, and I became a salaried, exempt employee.

I stayed with the company for over twenty years, building a team, increased my salary to over six-figures, with a bonus, and met some great people.

Finally, at age forty, I had an a-ha money moment and read Dave Ramsey’s book The Total Money Makeover that put myself and family on a path to debt freedom.

The position I held for over 20-years allowed me to pay off our debt in 2015, finally, and build an emergency fund before I was downsized in 2016. Thank goodness I had that money epiphany, or it would have spelled financial disaster for our family.

So no real financial nuggets for me even while working 75 hours a week, but the hard work did pay off in the end. I would not trade the long hours and experience of the two jobs, because I enjoyed teaching others, and I made a career out of my mid-shift position. I wish I could have made better use of my second income and set myself up for some early financial success. That may have potentially changed our economic course for years to come. But like I said, hindsight is always 20/20.

I hope you will learn from my mistakes.

Have you ever worked hard or put in long hours for an employer and had nothing to show for it? What’s the maximum number of hours you have work in a single week? What early mistakes have you made, and wish you could have a do-over?