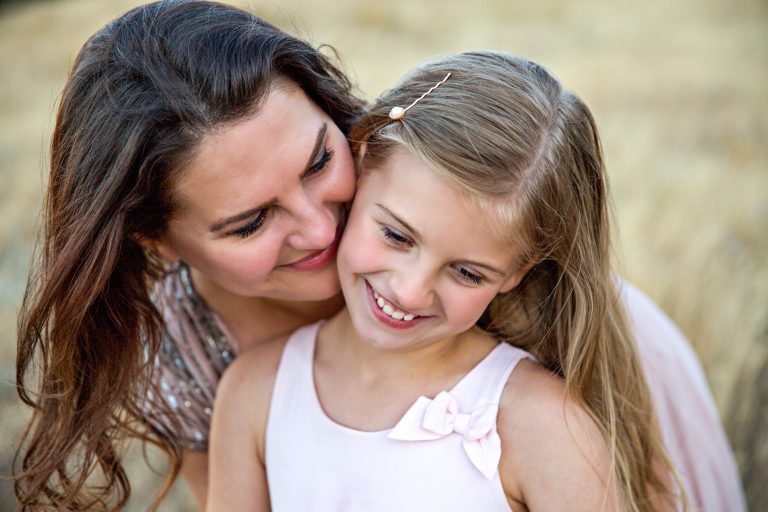 We started our debt-free journey drowning in debt. About as much as our gross income. Yep, we screwed up…..BIG TIME.

I mean, it must’ve been evident to some extent that money wasn’t great by the number of times we said “no” to anything fun as we struggled to pay the bills each month.

We Told Them We Were Drowning in Debt

I’ve been through a lot of stuff in my life. Scary situations that most people only see in movies. But I was almost as scared as I’d ever been when I had to face our four kids and tell them their dad and I were drowning in debt.

Talk about facing the music. After the big revelation, they started to ask questions.

“How did you get into debt?” the then-five-year-old asked.

“Well,” I answered with trepidation, “We spent more money than we had for a lot of years.”

“How can you spend money when you don’t have it?” he replied.

Kids are so logical it’s annoying.

Next thing I knew I was educating our kids about credit cards, about how they give you money to spend on stuff but then ask you to pay back more than you borrowed because of interest.

I told the kids about how we always believed that wealth was a “luck of the draw” thing: either you had it or you didn’t. And about how I had found some info online (the blessed world of personal finance blogs) that showed me that we didn’t have to stay drowning in debt and struggling for money.

I told them that we wanted things to be different for our family; that we didn’t want to have to struggle for money anymore. And I told them that our journey to debt freedom meant money would be really tight for a while as we reigned in spending and put extra cash toward debt.

I then made a budget for the first time in our sixteen years of marriage. Like Brian and his family, I used tools like Dave Ramsey’s debt snowball to make a plan for getting out of debt.

And I told the kids that as we worked to pay off debt we were going to teach them a better way of handling money so that they could avoid the mistakes that we made with our finances. Here’s what I’ve taught them (and myself) along the way.

Because the kids know about the debt and because we’ve made the journey out of debt a family deal, they keep a respectful but honest eye on our family spending.

We’re pretty self-policed now, but in the beginning, it was hard to change our ways. The kids stepped up when I was considering a purchase that was frivolous, and asked if we “really needed” to buy that.

Likewise, when they get money from gifts or from working (paid for chores, jobs, etc.) I ask them what their plans are for the cash. I encourage them to put at least something into savings and to plan ahead for upcoming expenses like sibling gifts or things they want to buy.

I try to encourage them to avoid spending the money simply because they have it and to be thoughtful about how they manage it.

This dual accountability plan helps our kids to take positive correction and also give positive correction. It has given them the confidence to approach me as an authority figure and say “Are you sure that’s the best move?” and to work as a team with our family to improve our financial situation.

“No” Means I’ve Got Something Better Planned

At first, when we began our journey, a couple of the kids had a hard time with the adjustments. They felt a bit short-changed at our new smaller spending limits on everything.

Like Brian and his family, we changed how we lived life. We canceled cable. We switched to a much cheaper cell phone plan.

When we started our journey we were paying $1200 in interest payments each month. As I shared this with the kids, I asked them to imagine how life would be different if we could keep that $1200 each month.

What would that mean for our family? What vacations could we go on? What would it be like to have a nice clothing budget each month (three of our four kids are girls 🙂 ).

Helping them to envision that our actions would lead to a better future meant that “no” wasn’t a rejection, but simply a “let’s hold out for better things”.

Make Purchase Decisions on What’s Best for You

I’m also helping the kids to avoid falling into the trap of caring what others think about their possessions. I remind them that styles and gadgets come and go and are always replaced with “newer, bigger, better,” revealing the futility at working to “have it all”.

Instead, I encourage the kids to follow my lead and to determine for themselves what their short, medium and long-term financial dreams are.

College Doesn’t Have to Equal Debt

Another thing I’m working on teaching the kids about money is that college doesn’t automatically have to come with student loans and force you to be drowning in debt.

I’m working hard with them to discover what it is they are meant to do in life and whether or not that requires a college degree. If it does, we’re actively researching the many different ways to obtain a degree and avoid debt, such as:

The goal is to help them graduate with little or no debt and to encourage them not to go to college without a plan and a purpose.

I also work hard at teaching the kids that financial freedom is possible. I share interest calculator calculations and encourage them to save money.

As they watch their bank balances rise – and our family’s net worth increase – they become more and more convinced that good money management is a choice and not just “luck of the draw”.

As I’ve worked our journey out of debt I’ve kept the kids involved every step of the way. We have an Excel spreadsheet that lists each month’s expenditures, debt balances, and debt totals.

We’re not out of debt yet, but we’re getting there. And each month, when we see forward progress in our financial goals, we have a little bit more peace, knowing that the confines of being deep in debt won’t hold us, hostage, much longer.

Since I first wrote this post in 2016, things have changed for our family. My (now ex) husband, who’d long struggled with anger and addiction, slid deeper into a cycle of violence that was continually putting myself and the kids at risk.

I separated from him in January of 2018 and our divorce was final in March of 2019. As you might imagine, this event meant the debt payoff was put on hold and more debt was accumulated as I paid legal fees to protect myself and my kids.

But I’m happy to say that, because I taught my kids early on about the importance of debt freedom, we are once again making great strides toward debt freedom as a family.

I’m running three businesses out of my home. The kids and I are working together on a fourth business that we’ll run as a family.

My kids and I are healthy, safe, working on overcoming trauma effects and achieving financial freedom! My oldest, now working and pursuing an art career, save a minimum of 10% of her income.

When people ask her why she won’t spend her savings on “fun stuff”, she answers “Because it’s called a SAVINGS account. It’s there to provide a cushion in case of an emergency or large expense. It’s not to be touched otherwise.”

I have a good feeling they won’t end up drowning in debt.

Laurie is personal finance writer and a licensed Realtor. Her goal in blogging is to help others find their way to financial freedom, and to a simpler, more peaceful life.