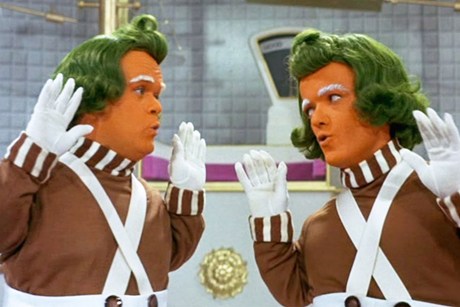 It’s interesting to see a film produced in 1971, has some of the same themes that are popular today. The Oompa Loompa factor is very much related to you only live once (YOLO), fear of missing out (FOMO) and living my best life attitude that is prevalent today.

The Oompa Loompa factor is defined as purchasing something today regardless of the current state of your finances or the impact the purchase will have on your future finances.

Haven’t we learn any better in close to fifty years? If unfamiliar with the story, here’s a quick synopsis. In a small town, a mysterious chocolate factory is run by Willy Wonka. The rumor is that nobody ever goes into the factory, and nobody ever comes out.

Wonka announces he has hidden five “Golden Tickets” in chocolate Wonka Bars. Finders of the tickets will receive a factory tour and a lifetime supply of chocolate.

The five golden ticket winners can bring a guest to tour the chocolate factory. Once inside, they encounter several surprises and secrets, including the Oompa Loompa’s, the workforce behind the factory.

Do you suffer from the Oompa Loompa factor?

If Veruca Salt were a real person, she might have a reality television show of her own. I’m sure she’d make an excellent Real Housewife or the Bachelorette. I’m sure she might pal around with the Kardashians.

“I want an Oompa Loompa now!” quotes, could be turned into songs, memes, and gifs. I don’t think there is one sentence that better sums up how many people handle their money today.

Veruca Salt wanted an Oompa Loompa immediately and at any cost. Her wealthy father enabled her, similarly the way credit cards do too for many of us today.

How to Avoid The Oompa Loompa Factor

There are no secrets or magic bullets to cleaning up your finances. It’s all about building a plan for your money—things like paying yourself first, budgeting, saving an emergency fund, and spending intentionally.

There are plenty of blogs, books, and podcasts you can use to increase your financial knowledge. If you want an Oompa Loompa, build the expense into your budget, save your money and once you have the cash the little man can be yours.*

Please don’t give in to OLF and put him on the plastic and pay for him over the next 20 years. Your Oompa Loompa will cost more than the original price.

This is a very straightforward, easy concept to understand, but a more difficult one to practice. Live within your means, start today, stop adding new debt, and build a plan to pay off existing debt. It won’t be easy. It will be like the first week of a diet. Then being invited to a birthday party with a big chocolate cake.

However, getting your money organized will be rewarding, just like losing those first 10 pounds.

Hollywood loves a billionaire or millionaire. Here’s a list of the top fictional television and film big money earners.

This is just a small sample of the fictional billionaire and millionaire that have been created over time,  most of us don’t have any large inheritance or defense contracts pending. Most do not have any experience in the extortion, mining, treasure hunting, energy, oil, and gas fields. Most of us want to help others, but won’t be donning a cape and fighting crime anytime soon.

These billionaire and millionaire keep us entertained, but in most cases, we shouldn’t model our financial behaviors after them. Mr. Salt, who made his fortune in the family nut business, net worth was never disclosed, but his lousy money behaviors by spoiling and enabling Vercua paved the way for the Oompa Loompa Factor. I guess the one saving grace for Mr.Salt is that in 1971, there was a good chance he used cash to spoil his daughter.

We really hope OLF doesn’t catch on, but the fact that a concept from the later 60s early 70s is still prevalent today worries us. Increasing your financial knowledge might help insulate you from experiencing OLF, but being aware of and controlling your behavior and habits with money might be the best approach for not developing the Oompa Loompa Factor.

How do you handle impulse control when spending? Do you budget for large purchases or wing it?

*I don’t condone the purchasing of Oompa Loompas, and no Oompa Loompas were harmed during the writing of this post.

8 thoughts on “Have You Ever Heard of the Oompa Loompa Factor?”