In the recent episode of SpongeBob Squarepants, SpongeBob gets fired so that Mr. Crabs can save his salary, a nickel. Mr. Crabs looked into keeping him on without paying him, but that would be illegal in Bikini Bottom.  After losing his job, SpongeBob spent some time um-employed or as his best friend Patrick described it as fun-employed, he searched for a new job, but eventually returned to work at the Crusty Crab and all was right in the world.  I watched this episode with my youngest son and we shared a few laughs. I’m sure the last place you’d look for financial or career advice would be from SpongeBob, but you’d be surprised at what I found.

SpongeBob was not prepared for the firing, and it left him devastated and depressed.  As an employee, you need to be prepared for any situation. In recent years I have heard many stories of staff being downsized, companies attempting to do more with less. Employees who have been with companies for many years, with lots of experience making good salaries being let go for employees with less experience and smaller salaries. Employee’s not receiving raises or having a pay cut to keep their positions. It’s important that you keep your skills sharp and continue to learn and improve in the competitive workplace. It is more common for employees to change positions and companies every few years then it is for someone spending a career at a single company. Being prepared will help you avoid being caught off guard if a downsizing event takes place at your place of employment. 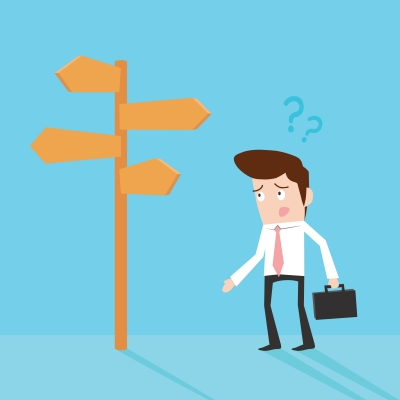 With his job loss, SpongeBob found that he needed to cut corners. He didn’t have the ability to pay for his pet snail Gary’s canned food. He was able to improvise and make home food for his pet. Being frugal when your financial situation changes are important to implement ASAP, when we began our debt repayment we looked for ways to cut corners in our budget, luxury items were the first to go. Things that are typically considered wants and not needs, certainly, food is a need. How you spend money on food is the key, spending $35 dollars on fast food or that same $35 in the grocery store will make a big difference. Being frugal may mean living simple and plain for a bit until you can replace the lost income.

Getting back on the Horse

After SpongeBob dusted himself off and got over the fact that he was fired he began to look for a new job. He focused on his strengths, his best qualities and used them to help find a new job. The job market is always evolving, but you just can’t sit home in your underwear filling out online applications and expect to land the next great job. You need to use your network, family, friends, co-workers, and social media like facebook, twitter, and LinkedIn to spread the word that you are available. Highlight your best qualities on your resumes, make contacts and get yourself in front of people responsible for hiring.

I realize that I’m stretching the overall meaning of the Sponge Bob episode “You’re Fired” but generally the concepts are there. If you don’t believe me take a half hour of your life and prove me wrong. 🙂

Have you ever gotten advice from an unlikely source?

2 thoughts on “Advice From SpongeBob”